2022 Power of the Purse Donation only 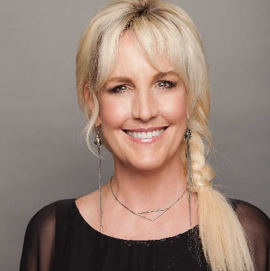 Power of the Purse Guest Speaker, Wednesday, June 29, 2022 at the Holmes Center at ASU.

Say the name Erin Brockovich and you think, strong, tough and stubborn. Erin is all that and definitely more. She is a modern-day “David” who loves a good brawl with today’s “Goliaths”. She thrives on being the voice for those who don’t know how to yell. She is a rebel. She is a fighter. She is a mother. She is a woman. She is you and me.

It’s been over 15 years since Julia Roberts starred in the Oscar-winning tour de force, Erin Brockovich. The film turned an unknown legal researcher into a 20th-century icon by showcasing how her dogged persistence was the impelling force behind the largest medical settlement lawsuit in history. Since then, Erin hasn’t been resting on her laurels…she continues to fight hard and win big!

It was while organizing papers on a pro bono real estate case that Erin first found medical records that would explode into the largest direct-action lawsuit in US history.

Erin’s exhaustive investigation uncovered that Pacific Gas & Electric had been poisoning the small town of Hinkley’s Water for over 30 years. It was because of Erin’s unwavering tenacity that PG&E had now been exposed for leaking toxic Chromium 6 into the groundwater. Over time, Erin realized that she could use her notoriety to spread positive messages of personal empowerment and to encourage others to stand up and make a difference.

Because of her fighting spirit, Erin has become the champion of countless women and men. She is this generation’s “Dear Abby”, and in fact receives thousands of “Dear Erin” letters and emails each year from people who are begging for help and support in their own personal struggles. Erin proudly answers every one of them.

As President of Brockovich Research & Consulting, she is currently involved in numerous environmental projects worldwide. She has requests for her help in ground water contamination complaints in every state of the US, Australia, and other international hot spots. She is a true American hero whose icon status and “stick-to-it-iveness” only fuels her determination to expose injustice and lend her voice to those who do not have one.