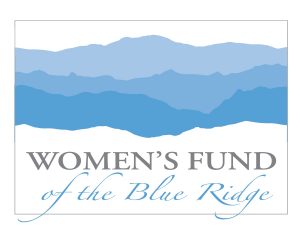 Karen has over 30 years of non-profit management experience.  From 2008 - 2018 she worked for Ronald McDonald House Charities in Columbia, SC.  She become the the Executive Director in 2009 and in this role, she successfully implemented and completed a $5.2 million capital campaign that resulted in the opening of a new Ronald McDonald House.  In the fall of 2018 she accepted a new role as the Executive Director of Women's Fund of the Blue Ridge! Throughout her career, she has committed herself to serving others.

Karen received her Bachelor of Science from the University of Tennessee. In addition to her husband Tom, she has a daughter Ashley living in Charlotte, NC, a son Anthony who lives in South Carolina and a Springer spaniel, named Avery.

In her free time she enjoys exploring the mountains, gardening and cooking.

Carolyn graduated with a degree in Accounting from Southern Methodist University in Dallas, Texas.  She is a CPA, licensed in Texas, and began her professional career at the accounting firm of Arthur Andersen.   From there, Carolyn took a position with Fidelity Investments where she became Senior Director of Audit.   She has volunteered with multiple non-profits often as the Treasurer.  She has served as a VITA tax volunteer preparer for the last four years.  Originally from Kansas, moves have taken Carolyn and her family to Texas, Utah, and North Carolina.  Carolyn and her husband Steve moved to Ashe County in July 2018.  They have two children, Matt and Sarah.  Carolyn enjoys walking, reading books, taking in the beauty of the mountains, and spending time with family and friends.